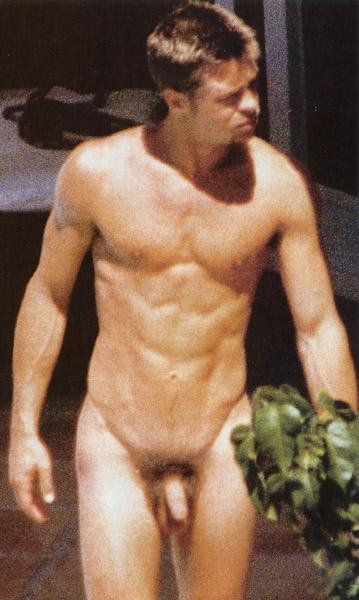 Oh our favorite good-looking American blonde actor, Brad Pitt is a complete package. An award-winning actor with a Golden Globe Award, Academy Award and Screen Actors Guild Award under his belt, thereâ€™s more to Brad than meets the eye. Brad has already appeared in a number of mainstream Hollywood films such as Interview with the Vampire, Fight Club, Oceanâ€™s Eleven, Twelve and Thirteen, Mr. & Mrs. Smith, The Curious Case of Benjamin Button and World War Z to name a few. For those who are waiting to see Brad in his glorious nakedness, here is a photo that might just give you the lust youâ€™ve been craving all this time.