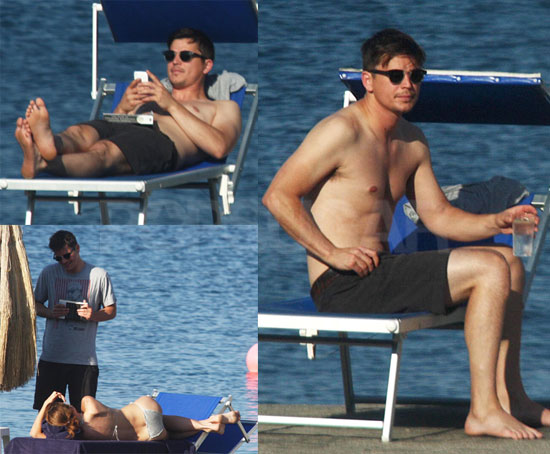 You might fell in love with Josh Harnett in one of his movies and we couldnâ€™t blame you for doing so. Known in Hollywood for his good boy/ boy-next-door looks with his smoldering eyes, prominent cheekbones and sexy cleft chin, Josh is no wonder one of Americaâ€™s sweethearts. Josh had a starring role in the epic war film Pearl Harbor alongside Ben Affleck and Kate Beckinsale. He also starred in Black Hawk Down, 40 Days and 40 Nights, and 30 Days of Night. Check out this shirtless photo of Josh as he strolls with nothing but his towel on.